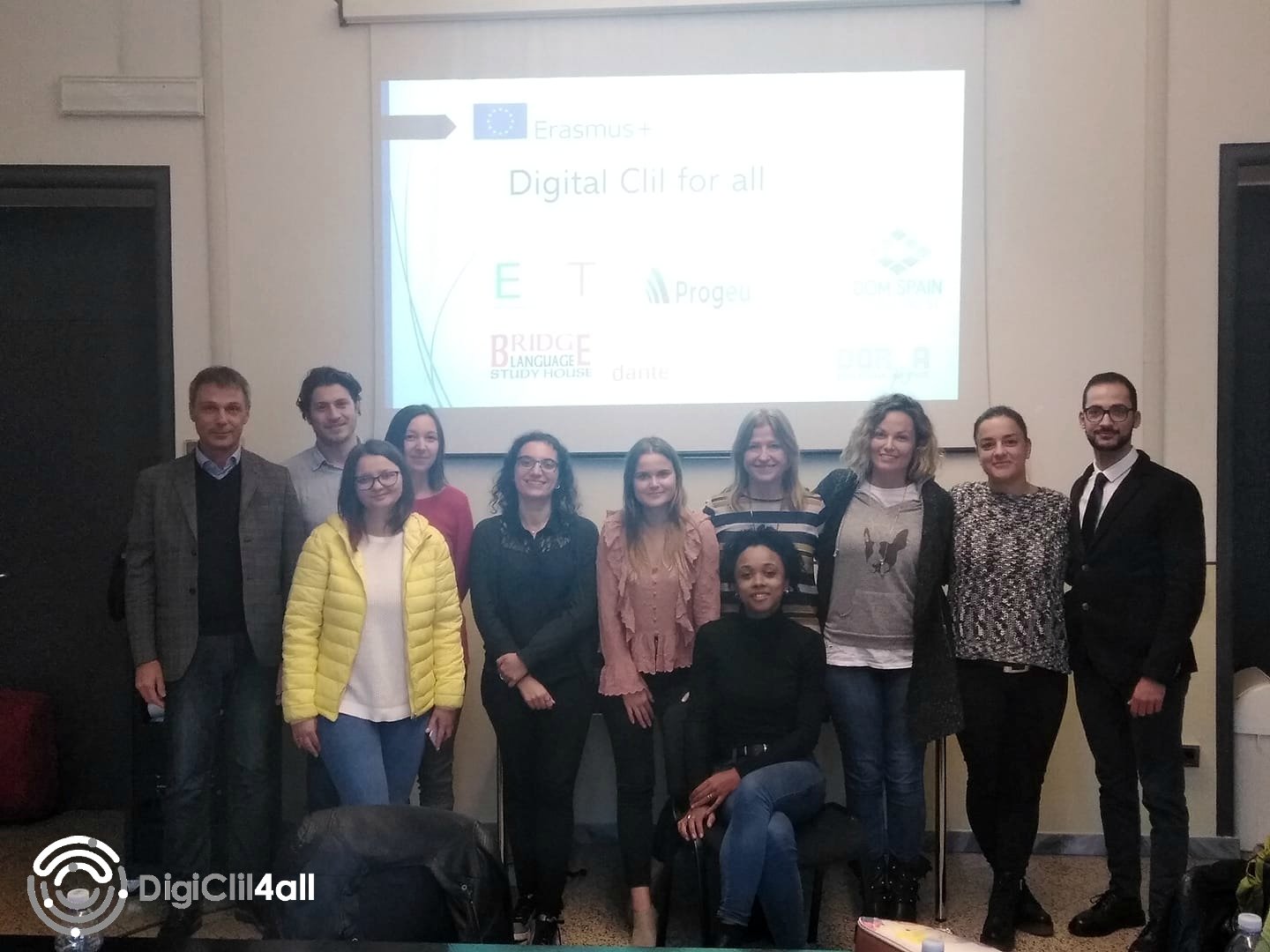 Between the 11th and 12th of  November 2019 the kick-off meeting of the new Erasmus+ KA2 project titled “Digital CLIL for all” took place in Rome, Italy.

The meeting was organized and hosted by the coordinator of the project is EBIT SRL together with PROGEU (the second Italian partner). Four other partners who will collaborate together on this project: DOREA Educational Institute from Cyprus, DOMSPAIN CONSULTING SL from Spain, Ustanova za obrazovanje odraslih Dante from Croatia and Asociatia Bridge Language Study House from Romania.

The idea for this two years project was born while reading the studies on the level of IT and language skills in Europe. According to the studies, 44% of the population holds basic digital skills and 35.2% knows an extra language compared to the native. Percentages are still considerably low for skills that are so relevant in today’s job market.

Thus, given the importance of strengthening transversal skills throughout the entire life, and finding that the level of digital and multilingual skills for the adult population is still too low, the “Digitalclil 4all” project aims to improve and strengthen the digital and linguistic skills of adult learners for a more active participation in the labour market and European society.

During the project, project partnership will create a new Digital CLIL teaching methodology to be used for adult learning. The Digital CLIL methodology will integrate the CLIL approach (Content and Language Integrated Learning), which uses a second language to convey non-linguistic disciplines, with the use of ICT, enhancing the digital dimension in the teaching process.

All the materials produced by the project will be available in 6 languages (Italian, Romanian, Croatian, Greek, Spanish and English) to ensure maximum usability both in the national contexts where the project will be implemented and in other European countries.

Besides this, 20 teachers will also be directly involved in the research and output definition activities, and will test the digital CLIL methodology in 10 pilot courses organized by project partners.